They Called Us Girls is a collective biography of seven women who aspired to professional jobs in the mid-twentieth century. It was an era when women were expected to find fulfillment at home, in the mold of television’s June Cleaver. But these women broke the mold, defying expectations to succeed in jobs reserved almost exclusively for men – as doctor, lawyer, artist, physicist, executive director and intelligence officer.

Kathleen interviewed the women, all born before 1935, about their ambition — where it came from and how it played out. They talked about early experiences and influences: parents, family friends, teachers, even institutions like settlement houses. Some had professors who encouraged them; others were told no woman belonged in the field. Some spouses gave invaluable support; others none at all. Many found strong mentors in the workplace. Whatever the individual circumstances, they followed unorthodox paths toward fulfillment.

How women build fulfilling lives is a question Kathleen has been thinking about since she was a girl. The daughter of a stay-at-home mother and a lawyer father, she went to law school as the feminist movement surged into a second wave.

“The book is tightly written and broadly illuminating.”

Sven Birkerts, author of Changing the Subject: Art and Attention in the Internet Age

“Stone has woven together the women’s stories with her own to craft a captivating and inspiring narrative.”

“The stories it tells so deftly should continue to inspire us today. “

Louis Menand, author of The Free World and Pulitzer Prize-winning The Metaphysical Club

Claire Messud, author of The Emperor’s Children and The Woman Upstairs

“Kathleen Courtenay Stone has crafted an important and engaging book that should be required reading for every young woman.” 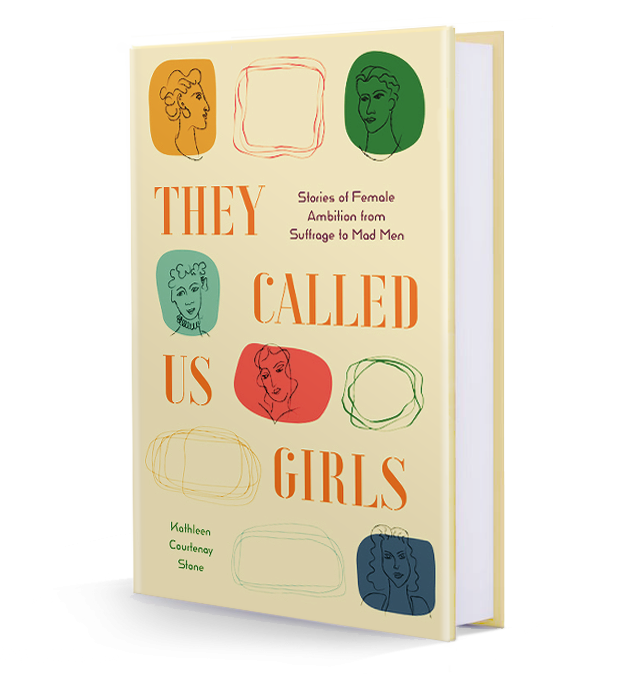 They Called Us Girls is available now…

For more insight into the book, sign up for Kathleen’s monthly newsletter and receive a copy of the introduction.

To learn more, schedule a book event or just start a conversation . . .