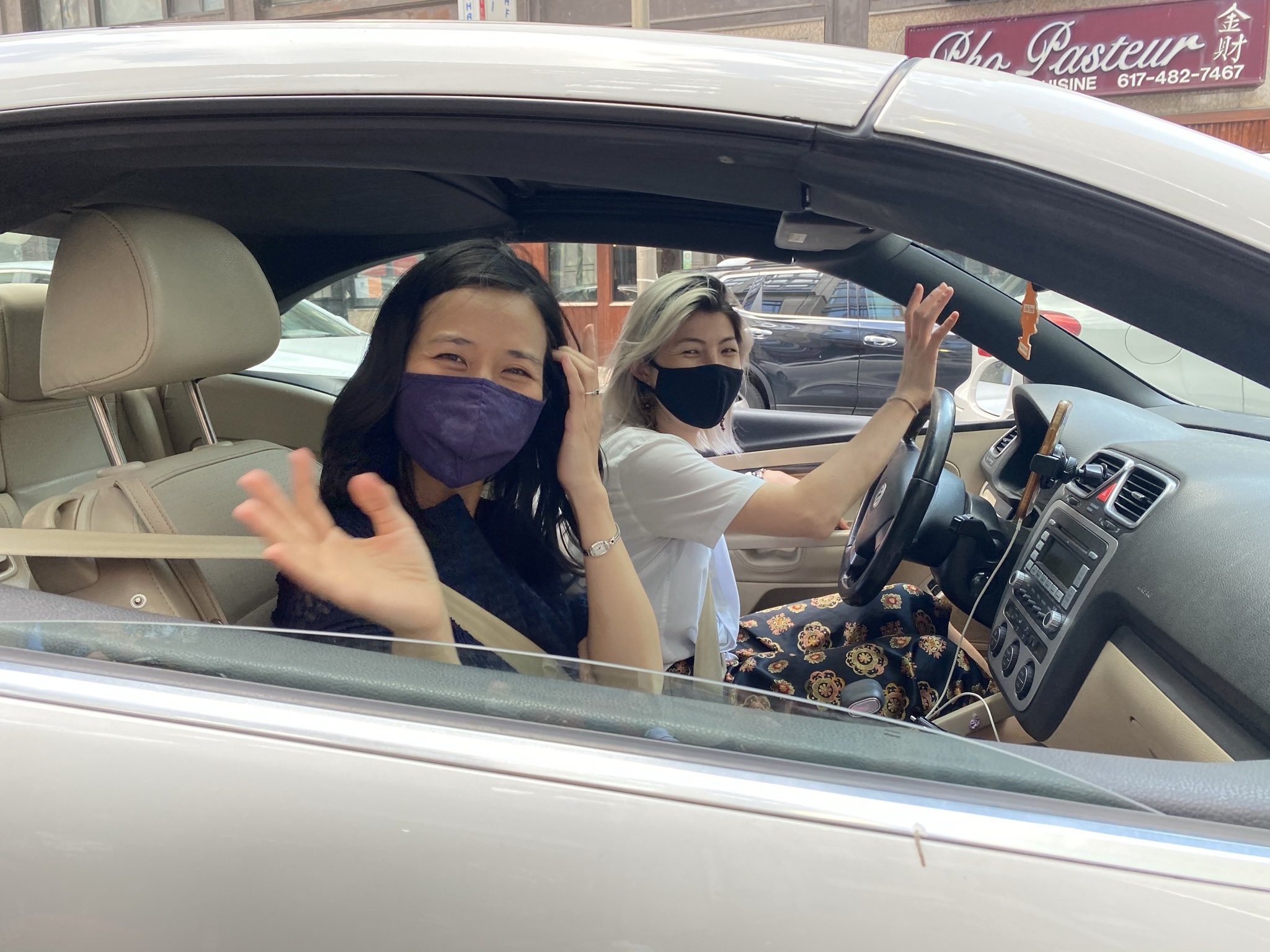 This month, I’m sharing an article I wrote for MS Magazine. Here it is, as it appeared on November 11.

Michelle Wu just blew open the doors to City Hall in Boston. The first woman, the first person of color and the first mother to be elected mayor, hers was an historic win. But that was not the only notable event in a city with a reputation for being stodgy and insular. Her campaign manager, Mary Lou Akai-Ferguson, is equally impressive. Born in Japan, raised in East Atlanta and only five years out of college, Akai-Ferguson is far from the typical political consultant. But we shouldn’t be surprised. As daughters of immigrants, Akai-Ferguson and Wu fit a pattern.

I discovered the pattern while working on my book They Called Us Girls, a collection of biographical portraits of women who had professional careers in the mid-twentieth century. It wasn’t something I was looking for. My goal was to interview a number of women, all born before 1935, who pursued careers in male-dominated professions in an era when women were expected to stay home. I interviewed women with a diversity of jobs – two doctors, a federal judge, a scientist, an executive leader, an artist and an intelligence analyst for OSS and CIA. They fit my age criterion, led fascinating lives and gave great interviews. They were also diverse in race and ethnicity, qualities that were in short supply in professions like theirs in the 1940s and 50s. Only after I completed the interviews, did mountains of historical research, wrote chapters and was working on an epilogue to summarize what I had found did I focus on the fact that immigration played a role in almost every life I had written about. Three of the women were themselves immigrants – from Trinidad, the Dominican Republic and Germany. Three had parents who were immigrants – from Lithuania, Russia and Poland. The one woman whose family had been in the United States for more than a generation had her own story. Her father was a descendant of Daniel Boone and she thought of her family, which had emigrated West during the 19thcentury, as pioneers.

My research sample is tiny, providing only anecdotal evidence of how immigration can affect a woman’s ambition. Nonetheless, what I found is compelling. The families of the women in my book came to this country to improve their lives. Either they faced appalling conditions in their home countries (pogroms, foreign occupation, political oppression) or they came to find better opportunities. One of the opportunities they hoped to find in the United States was education. And they were determined that their daughters would become as well educated as their sons. When that hope turned into reality, young women with ambition were able to succeed in careers that had, for centuries, been open only to men.

Now come Wu and Akai-Ferguson. Wu descends from several generations of immigrants, first from mainland China to Taiwan, then from Taiwan to the United States. As for education, she went to Harvard College and Harvard Law School. As rarefied as that Cambridge atmosphere may be, she left it every week and took the subway to Boston’s Chinatown where she taught classes to senior citizens studying to become naturalized citizens. As she told Commonwealth Magazine in 2020, “That was my home away from home. That feeling of being surrounded by amazing people who had given up so much to come to this country for their families, and I’m getting to help them a little bit in navigating a very important part of their life.” A native born citizen, Wu remains close to the immigrant community. Now she is the first mayor of Boston to speak Mandarin, Spanish and English.

Akai-Ferguson is similar in some key ways. She’s a 2016 graduate of Wellesley College with a degree in economics, and though she might be assumed to be stuffy, she’s anything but. Her Twitter feed, for instance, feels exuberant. Like Wu, she has not forgotten the immigrant experience. When she was a child, her parents were involved with a charter school in East Atlanta that served immigrant, refugee and local students. She was too old for the school by the time it got underway, but it had a big impact on her life. “It’s a very diverse school, and it was just a lot of people from different communities coming together on education — the hope of education. So that’s definitely what has driven me from the very beginning,” she told the Wellesley College student paper. Helping others realize the hope of education led her to be a middle school tutor while still in college and then, after graduation, to spend two years in Louisiana with Teach for America, followed by a year-long educational fellowship in Washington, DC. Only in 2019 did she begin working on political campaigns where she intersected with Wu as both worked on Massachusetts Senator Elizabeth Warren’s run for president.

Daughters of immigrants are not the only ones who benefit from education. Of course not. But the combination of dreams for a better life and educational opportunities, including for girls, seems to be uniquely powerful. To reach that conclusion, we don’t need to rely only on anecdotal evidence, whether the women in my book or the examples of Wu and Akai-Ferguson. In 2017, the National Academies of Sciences, Engineering and Medicine published a study that found the second generation of immigrant families to be one of the strongest contributors to the country’s economic and fiscal success. While their parents may need some help upon arrival, the children, if educated, are poised for success across a range of jobs. And based on what I see in my hometown of Boston, their daughters as much as their sons can be eminently successful in politics too.

I send you all best wishes for the holidays and I hope we’ll see one another in the new year.